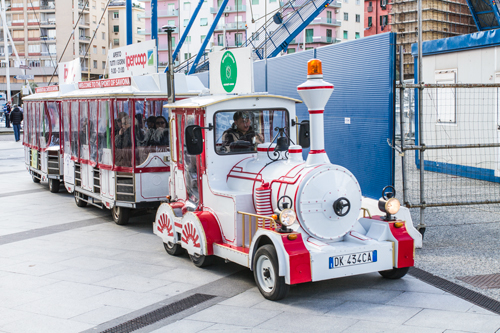 After a whirlwind tour of France, Italy and Spain, we have developed a new appreciation for a touristy, cliched standard in many European cities- the Tourist Train. It closely resembles the 10 and under train rides that can be found at many small amusement parks, and for that reason I think we discounted them. 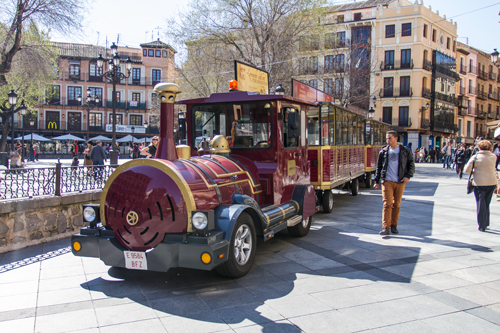 Yes, we still advocate and encourage taking the time to see a new city as the locals do- by strolling through it’s parks and green spaces, hopping a local bus or tram, or renting a bike. But let’s face it, when you have limited time, or someone in your party has mobility issues, the tourist train is great resource. It usually takes about 45 minutes to an hour to complete the loop and allows you to get the lay of the land to help you focus on areas you may want to re-visit and explore further. Some of the train operators even offer more than one tour.

Our first experience was in Marseille, France, the first stop of our 7 day Western Mediterranean cruise. Marseille is a beautiful port town that has the unique distinction of hosting Napoleon Bonaparte during the tumultuous days following the French Revolution. 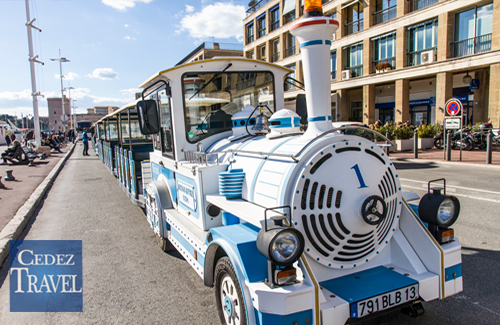 As we wove through midday traffic, snapping pictures from both sides of the train, listening to the narration provided in English, Spanish, German, French and Italian, we realized what a great value it was to have the train available.

For all our subsequent cruise stops, we looked for and found the Tourist Train, except for our last stop in Cagliari, Sardinia. We didn’t look far enough, and chose a local tourist bus with the promise of seeing several notable sites and a drop-off and pick-up in the “old town”. Upon our arrival into the old town, there was small mob of angry sightseers who had obviously been waiting for some time to board the bus back to port. Naturally, no one on our bus wanted to exchange places, so most of that unhappy group remained unhappy.

Regretfully, the tour bus promise of various attractions en route to and from the port did not include any stops, or even a slow pass of the attraction- I never was able to see the Roman amphitheater that we careened past. Needless to say, before hopping aboard a tourist bus, get a full understanding of what the tour includes and if there will be photo taking opportunities along the route. The enclosed nature of our bus made it difficult to take photos while passing; an open-top bus (like the one shown below), or the tourist train would have been better suited to our purpose.

So hats off to the Tourist Train, we will never turn our noses up at you again! 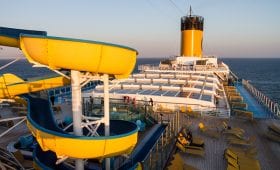 Our Travels – Final Day (at Sea) on the Costa Serena 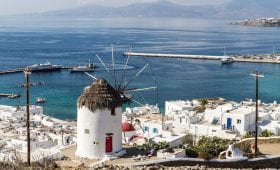 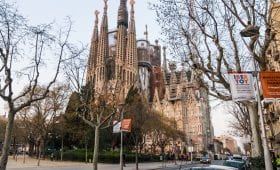